Samaira Mehta, The 12-Year-Old CEO Of The World’s First AI Board Game 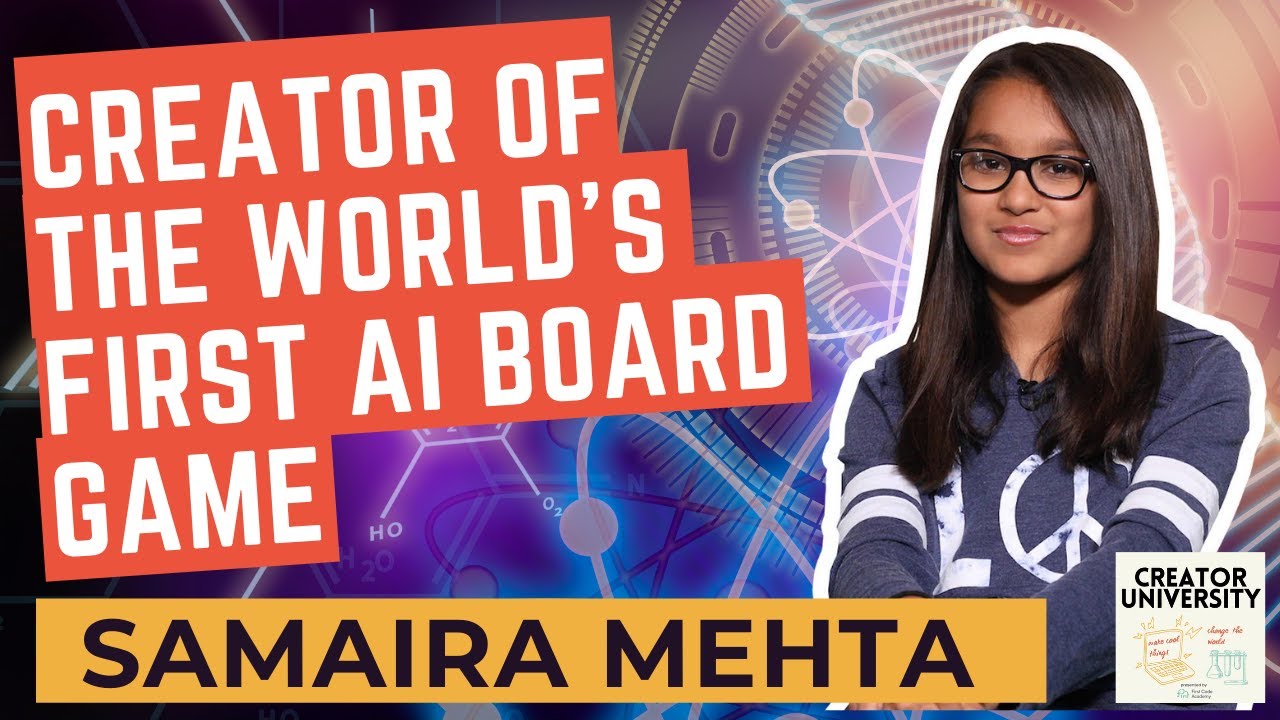 Michelle Sun, founder of First Code Academy, interviews Samaira, a 12 year-old entrepreneur and CEO based in California.At 7 years old, she has created a board game called CoderBunnyz that teaches basic coding concepts to kids.

Together with Samaira’s father who is an engineer with Intel,they have conducted workshops and established the company to launch the game. 2 years later, she launched CoderMindz, the first ever Artificial Intelligence board game, CoderMindz.

Today at 12 years old, she's not just only running 1 business but also launching other really cool initiatives related to kids and coding. She has conducted over 60 workshops in Silicon Valley which have attended over 1400 kids to spotlight her board game including over 50 “Google kids” at Googleplex, Google’s headquarters in Mountain View.She also earned many awards for her board game  such as the second prize from Think Tank Learning’s Pitchfest in 2016 and also the ‘Real Life Powerpuff Girls’ prize from Cartoon Network.

Recently, Samaira has also started several initiatives like “Girls U Code” and “Yes one billion kids can code” to teach coding to underprivileged students across the world.Michelle and  Saimra speak about what inspired her to build CoderBunnyz, how she combined her interests, board games and coding to create CoderBunnyz and CoderMindz, her journey in learning different code languages from Scratch to Python and how she started the initiative “yes one billion kids can code, as well as Saimra’s passion about coding. She also shared some tips for aspiring young entrepreneurs.

We hope you enjoy this episode - we were super inspired by Samira, and she’s definitely off to be an innovator in the future. We can't wait to see what new board games she creates.